The USA spends billions of dollars on R&D, funding academic research and priming the innovation ecosystem with much needed grant support. Our leadership in patent filings is diminishing. China has surpassed the U.S. for the first time. More importantly, the lack of commercialization of all this IP is even more concerning. Many theories exist explaining how we got here; one explanation is rarely discussed. The researcher scientist plays a central role in translating their discoveries to be a value to others. Developing the mental acuity to translate science into different contexts and value statements requires a systematic approach to changing assumptions. This journey to Translational Intelligence for scientists will bring added benefits personally and professionally.

Researchers are being asked to translate their research to be more useful to the taxpayer. Bonuses are offered and performance evaluations are tied to progress in translational efforts. Academicians are increasingly judged worthy of tenure based on commercialization success. Researchers are feeling the pressure to externalize their research beyond publishing. Writing more books is not enough. Contributing to the economic vitality of a nation is a more purposeful goal.

But what does it mean to develop Translational Intelligence? Bringing value to others requires a switch from concentration on the processes and details of scientific discovery to the delivery of value as seen by others. Externalizing the perceived value while internalizing the communication of value. Consider: Intellectual intelligence is different than emotional intelligence. Both are necessary. One is set in analytical rigor and the other is set in empathy. Emotional intelligence requires focusing on others. Translational Intelligence is the ability to think in terms of others and anticipating the future impact one’s discoveries have on society. Scientific discovery, all consuming to the researcher, contributes 20% of value while the creation of a solution to a problem contributes 80% value. It is often difficult to convince researchers that by the time a discovery is commercialized the value contribution by the original discovery is much smaller than ever imagined; and frankly, often not even present.

Yet, the researcher must feel overwhelmed by the requirement to be both an intellectual powerhouse and a Ronald Regan-type communication protégé. There are things that can be done to close this apparent gap. Realize that the scientific discovery is not the end-all-be-all of the effort. In fact, as mentioned, it is minor compared to all the requirements of commercialization.

The researcher must always think beyond the science. Internalize the use cases. Fashion the “story” of the science around the people that will benefit from it. Become the method actor in the tale of your story. Immerse in the user’s life and actions. If your discovery benefits the military, get as close to the actual user as possible and discover their perceptions of your “story”. It will change for the better. Develop a new attitude towards your discovery. Pay attention to the surrounding circumstances of your scientific discovery. What impacts exist that might change the value? What substitutes are available? How can these substitutes guide a new way of proving value? Strange as it may seem, looking around a technology idea or discovery is often more lucrative than looking at the discovery.

Make it a collaborative effort. Lean into the science of marketing, sales, business development and general business. Collaborate with the different personalities that make up these disciplines. The 80% of value will come out of these people. Leverage this approach to build a personal style of thought diversity. Learn to function in the white space of commercialization where “good enough to sell is good enough”, where “simpler the better” broadens market opportunity and where the thought of pivoting is not failure but a demonstration of business acumen.

Seek out intersecting market trends that can add value to your discovery. Transformational Intelligence is often found in anticipating and capitalizing on the convergence of future trends. Get your ADD on! Look outside the obvious and play with the tangents that spin off your discovery. For the researcher, commercialization is often done by others. The transition to value is impersonal. Translational Intelligence can bring the researcher into the commercialization effort in significantly positive ways. The researcher can set the example of leaning into the business of value creation while encouraging others to lean into the science. The communication gap shrinks and more value is created in the marketplace.

Richard
Richard Spangler is a leading business development consultant and recognized change accelerator who creates actionable results. An original founder of PlazaBridge Group, he has an intense desire to help growth companies migrate through the maze of issues and to help the executive/entrepreneur accelerate into success while minimizing errors. His expertise includes product strategy and management, entrepreneurship, mergers & acquisitions. Richard has over 25 years of experience in large corporate branding beginning with product management, corporate development and acquisitions for Compaq Computer Corporation. Following Compaq, Richard was the Program Director of Wireless Strategy at IBM, where he redefined the wireless application business. He continued at IBM as the Worldwide Brand Manager overseeing the Aptiva consumer product and new licensing programs for the IBM logo. After IBM, Richard leveraged his extensive experience in web merchandising, technology and strategic management to create 6 startups including Planet Portal Inc., Square Loop Inc., Creative Leadership Adventures, Interpretis Inc. and his current non-profit, PoleFlyers. Richard holds a B.S. from Guilford College and an M.B.A. from the University of North Carolina, Greensboro. Beyond the PlazaBridge doors, you can find Richard flying, golfing or playing the guitar with his band, The Headless Chickens.
Recent Posts
Subscribe to our Newsletter
Categories
Popular Posts
Recent Posts
Contact Info
Questions?
Popular posts
Quick Links
Copyright All Rights Reserved © 2022
Contact Us 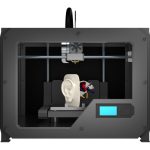 It Can Be Done! Innovating for GoodUncategorized