Innovation Trends: The Rising Need for the Virtual Garage

Many technology pundits are predicting the extinction of the “garage” startup. Their reasoning is clear and compelling: access to the kinds of equipment and resources necessary to create the technology startup of the future is so expensive that only large institutions have sufficient financial resources. Further reasoning points to the critical role of academic institutions in generating the next wave of startups. All true; at least on first pass. However, there may be contraindicated trends that will prove this to not be straight forward.

Talk to any R&D lab or any academic institution and you quickly realize the isolation of the researchers. In fact, they are the first to tell you that their research often never sees the light of day and that much of the innovation that is generated fails to become any part of a commercial innovation. The research paper becomes the endpoint. The data backs this up.

Tech transfer offices of universities almost never pay off. The elite universities can boast success but the overwhelming majority of schools fail to generate any ROI on invested commercialization dollars. Corporate R&D departments have been scaled down over the last decade precisely because they did not pay for themselves in fueling additional revenue opportunities. Even our military R&D labs recognize the diminishing returns of the traditional research lab function. A case in point is the recent OPEN HOUSE initiative of the Army Research Lab (ARL). This initiative was developed for the simple fact that much of the research did not yield value to either the marketplace or the warfighter. This lack of verifiable return for corporate, academic and government research will drive a change in the way labs operate within an ecosystem of innovation.

The “garage” startup is still alive and well. There are hundreds of thousands of capable brilliant thinkers out there. By providing access to leading edge lab equipment in an environment of collaborative openness, an exponential growth in independent startups is possible. And the Army Research Lab is doing just that. The ARL is leading the way in providing access to incredibly sophisticated hardware for Physics applications, Big Data crunching on HPC clusters and peeks into the very latest in virtual world enablement.  This all for the taking to those independent innovators willing to connect with the researchers and begin a dialogue. The end result is objectively verifiable: open collaboration yields a far greater return on innovation dollars spent than any alternative of isolated protectionism. Compare this approach to a typical university system.

The modern university is a production house for grant writing. On that occasion when the grant funding yields something that can be commercialized, the invention is protected behind a wall of legalese, low-cost to free student labor and lead by possibly the worst leader to bring the invention to market: the inventor (a fact based statement by the way).  The modern U.S. university system was predicted, and vilified, in a “way before its time” book called University Inc.; The Corporate Corruption of Higher Education by Jennifer Washburn. The eventual result of this protectionism within the university bureaucracy will be isolation and diminishing returns on innovation capital.

What irony that process innovation would emerge from an institution as recalcitrant as the U.S. Army while the supposed bastions of intellectual freedom and openness erect barriers and collapse within for resources and passion.

Richard
Richard Spangler is a leading business development consultant and recognized change accelerator who creates actionable results. An original founder of PlazaBridge Group, he has an intense desire to help growth companies migrate through the maze of issues and to help the executive/entrepreneur accelerate into success while minimizing errors. His expertise includes product strategy and management, entrepreneurship, mergers & acquisitions. Richard has over 25 years of experience in large corporate branding beginning with product management, corporate development and acquisitions for Compaq Computer Corporation. Following Compaq, Richard was the Program Director of Wireless Strategy at IBM, where he redefined the wireless application business. He continued at IBM as the Worldwide Brand Manager overseeing the Aptiva consumer product and new licensing programs for the IBM logo. After IBM, Richard leveraged his extensive experience in web merchandising, technology and strategic management to create 6 startups including Planet Portal Inc., Square Loop Inc., Creative Leadership Adventures, Interpretis Inc. and his current non-profit, PoleFlyers. Richard holds a B.S. from Guilford College and an M.B.A. from the University of North Carolina, Greensboro. Beyond the PlazaBridge doors, you can find Richard flying, golfing or playing the guitar with his band, The Headless Chickens.
Recommended Posts
Subscribe to our Newsletter
Categories
Popular Posts
Recent Posts
Contact Info
Questions?
Popular posts
Quick Links
Copyright All Rights Reserved © 2019
Contact Us 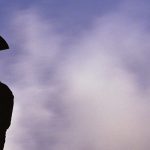