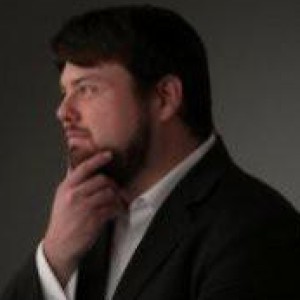 Make them Flinch and Other Tips for Disruptive Innovation

I am not a fan of buzzwords. See my post on “Innovation: The Buzzword” for how I breakdown buzzwords, find their root meaning, and reclaim their value for PBG clients. I feel the same way about the word “Disruption.” If we believe the hype, it seems like every new app, product, or service is disrupting their respective industry. Obviously that is not the case, otherwise there would be utter chaos everywhere. What is happening, however, is a series of challenge-and-response moves initiated by entrepreneurs and answered by large enterprise in an increasingly crowded global marketplace.

In a recent article, Adam Lloyd broke down what it means to be disrupting versus disturbing. He argues that disrupting is internally focused, where an innovation is projected outward from what is transpiring inside of a company. Disrupting companies institute new ways of doing things like Amazon, Netflix, or Uber. Disturbing, on the other hand, is taking an external approach and mixing the existing structure into a mélange of new and artful products. Companies like Apple disturbed the marketplace. They did not innovate the cell phone whole cloth, but instead collected various pieces and packaged them in such a revolutionary way so as to create entirely new applications, new associations between consumers and mobile devices, and thus they introduced new value to an existing market.

It is important to know what you are and what you want to be, and ultimately communicate that in a realistic and not overly hyped way to your potential customers. Your product may in fact be a disruptive innovation, or it could be gathering dust like the Sony Betamax or the Apple QuickTake 100.

Here are 4 tips to help you seize on an inflection point and either disrupt or disturb your industry.

One major trend in business and leadership literature is the search of “authenticity,” and its role in building trust. This is equally important in your journey to disrupt or disturb your industry. You will need advocates in your corner. For disruption, you will need to create an entirely new value network; disturbing requires challenging long-standing relationships within the existing value network. Either way, it is important to avoid slipping into hyperbole and overstating your company or product’s capabilities. If you are frank about what your product or service can do, what is and is not in scope for it, and what is and is not in your roadmap then you will find your loyal champions who are eager to carry your banner. Overstate the capabilities of your innovation at your own peril.

It is crucial to sift through your industry’s past to help divine a way forward for the future. What is a brilliant new idea to you may have been attempted twenty years before with little success. It becomes your job to unearth the mysteries hidden beneath years of failed, shelved, or non-starter ideas that experts in your industry have attempted before. Sometimes with a tweak or two, and with advancements in materials science or computing power, these ideas become viable again. A case in point is 3D printing, a 30 year old process called additive manufacturing technology. Now hailed as the “cutting edge” of modern industrial manufacturing, 3D printing became a disruptive innovation when printers were developed that could utilize materials other than plastic.

Seeking out ways to find symbiosis within the existing value network rather than supplanting it will increase your early adoption and in turn your revenues. Products that create relationships will be the ones that disrupt or disturb an industry in lasting ways. This relationship can be direct with consumers, such as the iPhone with more than 60% of US market penetration, or by the way people consume media with the growth of social media platforms such as Twitter, Facebook, and LinkedIn comprising more than 75% of all internet activity. Symbiosis can be established B2B as well, between a market and a technology. Stable composite materials used for CNG/LNG transportation vessels commensurate with the rise of LNG exports is an example of such a B2B symbiosis. Products or services that add value to a consumer’s life, increases a business’s revenues, is sustainable, and/or creates relationships and new associations between people and products will have a much deeper disrupting or disturbing impact on industries and markets than “one hit wonders.”

It is ok to scare the big fish. In fact, it is encouraged. Large enterprises very commonly appear to ignore disruptive or disturbing products and services because they do not consider them economically viable. I say appear, because it would be a mistake to think that the extremely savvy executives at large corporations are not aware of the shots across their bow. These companies have to make the hard choice, work their existing value network with proven, “industry standard” technologies – or hedge their bets on the “next big thing.” If you are the likes of IBM, you have seen “the next big thing” a thousand times over. A better strategy is to let several small startups do the heavy lifting and get the failing out of the way, then the big fish can swim in and gobble them up. Of course, that’s kind of what some of you hope for anyway, I’m looking at you Oculus Rift and WhatsApp. The point is to throw the right jabs and introduce a hard hitting product that makes the big fish take notice. The markets move more quickly today than ever before, so shortening to displacement (or acquisition) cycle can only mean bigger returns on your investment. 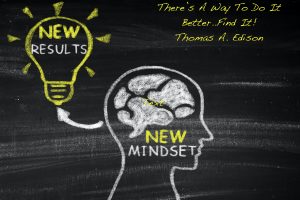 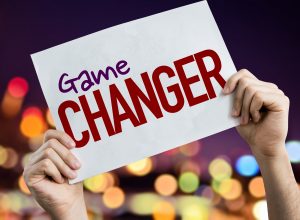