Startups and the American Middle Class: or What Do Kudzu and Universities Have in Common?

So I have a hypothesis: The number of independent startups within local geographic regions of major universities NOT derived from the university via tech transfer or university incubator has steadily declined in the last 25 years. With the Bayh-Dole Act of 1980 granting intellectual property rights to researchers funded by public grants and research awards, the playing field for independent companies not having such a luxury has severely impacted the survival of these proximate firms. And it is these firms that were once known as the Small & Medium Sized (SMB) businesses that created the American Middle Class. It follows that the power of universities to leverage this free money over time crowds out local entrepreneurs NOT associated or derived with the university system. Consequently, major universities are the Kudzu of independent entrepreneurship. I will duck now!

I can just hear the academic pontificators going crazy over their successes in university incubators and tech transfer successes! How they love to protect their jobs. But the facts are clear and well researched. The vast majority of tech transfer offices DO NOT pay for themselves. The vast majority of university incubators DO NOT produce jobs outside of their limited student population. Ph.D. CEO’s who are the lucky recipients of IP ownership under the Bayh-Dole Act do NOT have equivalent success percentages as independent entrepreneurs with general business backgrounds. The ROI on entrepreneurship educational programs HAS NOT closed in the real world. Most so called incubator successes physically on U.S. campuses can be traced to success in the real estate (i.e., leases, appreciation, etc.) valuation and not in real startup terms. The attraction of larger tech companies to these “campuses” are really adulterated forms of job outplacement services for students.

So I come to the inevitable conclusion that the Bayh-Dole Act should be significantly altered and replaced with more favorable legislation in support of the independent SMB and the American Middle Class. The research on the Bayh-Dole Act is abundant and provides to many believers quantitative justification for continued support. Unfortunately, the very benefactors of “free” public money are the ones doing the research. Most studies are from the universities perspective. Two findings, however, give indication to problems: one, unless you are a private university with a medical school tech transfer is a waste of public money and time. Two, if you are looking for real innovation, one that is iterative in nature (which most are as any entrepreneur will tell you) and form around clusters of innovation, don’t look to the inventor of a patent to help out. Once a patent is issued, university professors who own the patent show a significant decrease in further public disclosures around the new innovation. Things get very quiet.

I remember 1980! I remember graduating from college during the worst recession seen in some time (minor in retrospect to 2008). I understand the reasons and the short-term impact. But like much legislation it has run its course and now produces unintended consequences. One suggestion: Funnel ALL financial windfalls from IP tech transfer back to the American public in the form of SBIR funds to fuel the next generation of “independent” start-ups.

Beyond the original hypothesis we are left with additional questions: one, do economic data of areas around major universities show a steady decline in the health of the middle class, even more so than across the country? If we analyze the distribution of SBIR awards, how has the geographic dispersion evolved over time? How does incubator space, subsidized by university dollars affect the pricing of local real estate and how does this affect the availability of affordable business space for independent SMBs?

More research from an independent perspective is needed to get to the real impact of university tech transfer and incubator programs. Are they the artificial reef that they espouse or are they just kudzu to local markets?

Richard
Richard Spangler is a leading business development consultant and recognized change accelerator who creates actionable results. An original founder of PlazaBridge Group, he has an intense desire to help growth companies migrate through the maze of issues and to help the executive/entrepreneur accelerate into success while minimizing errors. His expertise includes product strategy and management, entrepreneurship, mergers & acquisitions. Richard has over 25 years of experience in large corporate branding beginning with product management, corporate development and acquisitions for Compaq Computer Corporation. Following Compaq, Richard was the Program Director of Wireless Strategy at IBM, where he redefined the wireless application business. He continued at IBM as the Worldwide Brand Manager overseeing the Aptiva consumer product and new licensing programs for the IBM logo. After IBM, Richard leveraged his extensive experience in web merchandising, technology and strategic management to create 6 startups including Planet Portal Inc., Square Loop Inc., Creative Leadership Adventures, Interpretis Inc. and his current non-profit, PoleFlyers. Richard holds a B.S. from Guilford College and an M.B.A. from the University of North Carolina, Greensboro. Beyond the PlazaBridge doors, you can find Richard flying, golfing or playing the guitar with his band, The Headless Chickens.
Recent Posts
Subscribe to our Newsletter
Categories
Popular Posts
Recent Posts
Contact Info
Questions?
Popular posts
Quick Links
Copyright All Rights Reserved © 2019
Contact Us 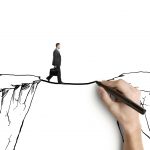 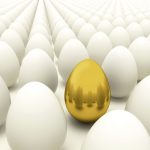