When the Solution is the Problem: U.S. Universities Impeding Innovation by Hijacking Bayh-Dole Act

Over time even the best of intentions can go bad. Case in point: The Bayh-Dole Act of 1980 was going to unleash the dormant intellectual capital of publically funded research. What it actually has done is placed the American university system at ground zero of bureaucratic sloth around innovation. The 50,000 dormant patents sitting on university balance sheets can’t indicate anything but failure. But you say, “How can this be when universities are starting incubators and launching technology businesses?” The devil is in the details.

University professors make terrible entrepreneurs. Don’t take my word for it; look at the numbers. Without business knowledge firmly in control, professor created start-ups have significantly greater failure rates. First year college graduates fair no better. Start-ups housed on university campuses in “incubators” fail at greater percentages than ones that are located off campus. Start-ups that move from campus to off campus fair better in the long term. These are the obvious manifestations of the problem. Less obvious ones are really eroding the innovation ecosystem in this country.

Professors are increasingly held accountable for commercialization of their research as a condition of tenure and employment. This has significantly altered their approach to conducting research and interacting with university administration.  The technology transfer office is now a dotted line manager.

Professors are working with university assets to manufacture products. Cost dynamics begin to ruin the commercial enterprises ability to compete. Professors no longer seek outside manufacturers for collaboration; they are expanding their labs to include manufacturing processes and equipment. I have heard more than once: “Professor So&So was not happy with the progress of outside manufacturing partners”. Easy to compete when assets are given to you and your cost variables are hidden in larger numbers from the university.

But let us not blame the professor. He/she are just trying to get rich.

Researchers seek out non-profit companies for data to be used in taxpayer funded research. The data becomes training sets for derivative products (e.g. algorithms, applications, etc.) The researcher returns the data and keeps the intellectual property for commercialization. Not a problem typically. Except we see increasing incidences of digital transformation strategies disrupting traditional companies WITH THEIR OWN DATA! The university rules around intellectual property allow professors using others data to keep the results inside the university system. Good luck on future sharing of data with non-university entities!

The most egregious distortion of Bayh-Dole must be in the use of technology transfer offices, staffed with dozens of lawyers and patent agents in larger universities, as arbiters of intellectual property output by funded research consortiums. It goes something like this: NSF funds a consortium of universities to research a topic. The dozen universities use one technology patent office to regulate, arbitrate and manager ALL of the intellectual development that is created, INCLUDING that which might be generated by an outside commercial firm. The wolf is caring for the hen house. What business would join a consortium where intellectual property ownership is determined by the university?

Bayh-Dole was supposed to unleash research for commercialization. Instead it is increasingly tied up in university processes and procedures. Innovation was a private enterprise endeavor in America. Today it is an academic pursuit. Strange… What other country uses technology research as fuel for private business growth versus academic growth? You guessed it: China.

So what can we do about it? Bayh-Dole must be amended to allow for greater commercial firms access to publically funded IP. Universities must be required to “auction” accumulated IP. Professors should not have automatic first rights to publically funded research. Outside firms should be allowed to compete with professor’s licensing offers. When tech transfers involve university personnel, the IP should become open for acquisition if the employee fails to successfully commercialize the IP within a 5 year period. New legislature should be enacted that allows certain firms to act as “IP miners” of university IP. These mining firms would act as portfolio companies with the express objective of gaining value out of dominant university-held IP. Portfolio synergies would increase the odds of eventual success.

America needs a new approach to innovation. That approach begins with fixing the university’s stranglehold on innovation commercialization.

Richard
Richard Spangler is a leading business development consultant and recognized change accelerator who creates actionable results. An original founder of PlazaBridge Group, he has an intense desire to help growth companies migrate through the maze of issues and to help the executive/entrepreneur accelerate into success while minimizing errors. His expertise includes product strategy and management, entrepreneurship, mergers & acquisitions. Richard has over 25 years of experience in large corporate branding beginning with product management, corporate development and acquisitions for Compaq Computer Corporation. Following Compaq, Richard was the Program Director of Wireless Strategy at IBM, where he redefined the wireless application business. He continued at IBM as the Worldwide Brand Manager overseeing the Aptiva consumer product and new licensing programs for the IBM logo. After IBM, Richard leveraged his extensive experience in web merchandising, technology and strategic management to create 6 startups including Planet Portal Inc., Square Loop Inc., Creative Leadership Adventures, Interpretis Inc. and his current non-profit, PoleFlyers. Richard holds a B.S. from Guilford College and an M.B.A. from the University of North Carolina, Greensboro. Beyond the PlazaBridge doors, you can find Richard flying, golfing or playing the guitar with his band, The Headless Chickens.
Recent Posts
Subscribe to our Newsletter
Categories
Popular Posts
Recent Posts
Contact Info
Questions?
Popular posts
Quick Links
Copyright All Rights Reserved © 2022
Contact Us 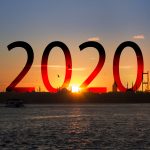 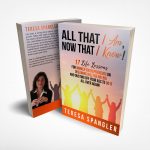 All That I Am, Now That I Know –Uncategorized